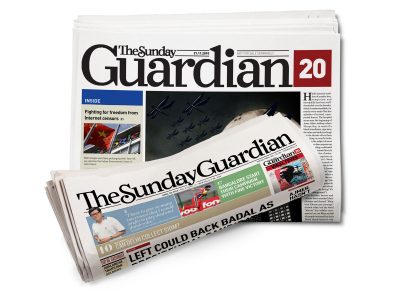 The belief that a soul can achieve union with God brought Sufis into conflict with Islamic orthodoxy.

Historically, in India, interactions between political and spiritual domains have created conditions for general public weal through inclusive political theory and practice, as well as recognition of shared and pluralistic cultural traditions with space for diversity and difference. Sufism has contributed immensely to these processes, marking India’s civilisational achievements with peace and tolerance as defining features. It is important that these virtues of Sufi-oriented Islam are highlighted, especially in these times of hatred and violence.

Sufis or Muslim holy men styled themselves as lovers of God. The early Muslim mystics, who were often charismatic leaders with popular appeal, were eventually organised or institutionalised in silsilas, or orders, branching into quite a few competing strands. To start with, the living Sufi master (referred to as sheikh, khwaja, pir) guided followers or visitors at his dwelling place (khanqah/jama’atkhana), but later the shrines (dargahs) of Sufis of previous generations became important and grew into places of pilgrimage, eventually carving a whole sacred geography of Sufism, called wilayat.

What distinguished Sufism from other forms of Islam was its belief that a human soul could achieve union with God, a belief later formulated in the doctrine of wahdat-ul-wujud (unity of existence, or monism as a reality). This doctrine often brought Sufis into conflict with Islamic orthodoxy (represented by the Sunni Hanafi ulama or theologians). The latter believed that God was unique and therefore to suggest that a human’s soul could achieve union with God was to imply that there was no distinction between God and human beings. It is for this reason that we find that even before Islam came to India, Sufis were persecuted for heresy. Sufis were also targeted by the ulama for their occasional indifference to formal religious practices such as regular congregational prayers (namaz/salat), instead focusing on meditations and spiritual exercises which included music.

Sufis played a significant role in the growth and development of the vernacular literature (Urdu, Hindi, Deccani, etc). Their contribution to the spread of poetry and music is equally notable (mahfil-i sama or qawwali). Sufi orders such as the Chishtis used song and dance techniques of concentration and for creating spiritual ecstasy. The wahdat-ul-wujud and several forms of meditation brought the Sufis spiritually very close to certain strands of non-Muslim religious traditions. For example, Advaita Hinduism claimed that atma (a human soul) and parmatma (God) were one and the same, a theory similar to wahdat-ul-wujud. Similarly, Sufis found much to learn from Hindu spiritual disciplines such as yoga, which influenced their techniques of meditation such as pranayama (breath control).

If Sufis learnt from non-Muslim traditions, the local, Indic, traditions (local, foreign, Indic are sensitive categories which must be used with care), were also powerfully affected by the principles of Islam as represented by the Sufi saints. In the teachings of Kabir and Nanak one can see the clear imprint of Sufi Islam. The criticism of idol worship, of useless ritual, emphasis on equality, emphasis on one God, are all to be traced to Sufism. Its greatest contribution to Indian culture is considered to be the example it set in the field of religious and cultural co-existence. Indian Sufi orders showed that Muslim and non-Muslim religious traditions could prosper side by side and learn from each other.

In conclusion, Sufis dedicated themselves to the love of God, which in turn meant love for all His creations—translating into charitable endeavours, blessings and benediction, and notions of egalitarianism; service to humanity through feeding (langar), healing (jhar-phuk, blowing and touching, charms and amulets), etc., were considered a better form of worship than ritualistic prayers; control of the lower self, nafs, and cultivation of the heart, qalb, through a variety of meditational-cum-bodily practices and withdrawal from this-worldly demands, tark-i duniya, with the same kind of intensity as the madness of Majnun and yet superior to him, for the latter sacrificed his life for a perishable Laila, whereas Sufis devoted themselves for an eternal God. In an ecstatic love for God, Sufis could also sing and dance, not in a vulgar manner, but in the most aesthetically sophisticated forms developed through centuries of practice, teaching all along the virtues of tolerance and peace. When Sufis passed away, celebrated as marriage or union with God, Urs, they left behind memories to be cherished forever. The shared legacy of Sufism coupled with inclusive political practices have shown it is possible to address the aspirations of a variety of people, leading to peaceful co-existence in what is aptly referred to as unity in diversity.