30 January 2015 - (Archive) By TwoCircles.net staff reporter, Lucknow: Syed Babar Ashraf has been removed from the post of general secretary of

Lucknow: Syed Babar Ashraf has been removed from the post of general secretary of the All India Ulama &Mashaikh Board (AIUMB) for his purported ‘anti-Board activities’ and indiscipline.

Babar Ashraf agreed he had started another organisation and hence sacked from the Board. 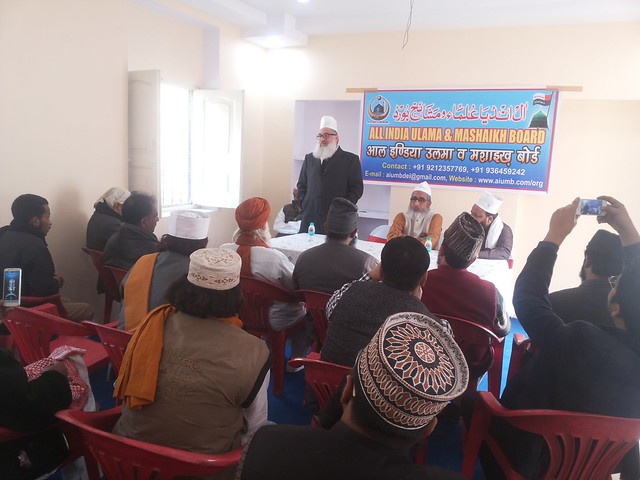 Ashraf Kichchawchchvi told media persons that Syed Babar Ashraf, working as general secretary, failed to heed repeated warnings since December 2013 and kept on his anti-AIUMB activities for the whole year. “His activities have done immense harm to the image and mission of the board. He was given all the possible space to correct his conduct but he carried on with indiscipline, miserably failed to explain his conduct and used the banner for his personal gains. Though he apologised both verbally and in writing but kept on behaving in the same objectionable manner which was forbidden,” he said.

His case was discussed in mid-December 2014 in a New Delhi meeting presided over by the president and attended by state presidents of several states such as Delhi, Bihar, Jharkhand, Rajasthan, Uttar Pradesh, Maharashtra, Chhattisgarh, Madhya Pradesh etc. “Syed Mehdi Mian Chishti Moini, the patron of the Board, who was present, gave his full consent to the decision. The participants took serious note of a report sent by central office to the president, which says he has not attended office since July 2014 while he was supposed to live and work from central office. His last full time presence in the office discontinued from May 25, 2014,” the release said.

It was also made clear that AIUMB is working on a mission that is totally based on the restoration of the rights of Muslims and hence no personal interest should guide the agenda, the release added.

“Ashraf Kichchawchchvi said that AIUMB has been established to promote culture of peace and resisting extremism in the society especially among Muslim youth and since a decade, the Board is doing this relentlessly. The mission of the board demands full commitment and no indiscipline will be tolerated. He said that ouster of Syed Babar Ashraf by the core committee is a reminder for all of us to remain fully committed to the cause. Any anti-AIUMB activity will attract only this harsh reaction from the core committee,” the release added.

When contacted by TwoCircles.net, Babar Ashraf said, “I have already formed an organisation named ‘Sada-e-Sufia-e-Hind’ as a president that’s why people objected. So I was removed.”

He also said that AIUMB is doing a good job – “and so are we” – in playing a role in representing Barelvi Muslims.

Loading...
Newer Post
He (Modi) does not look at everything with an eye on votes,says Sufi cleric
Older Post
Deoband, Wahabi ideology encouraging ‘Islamic extremism’ in India: Sufi groups