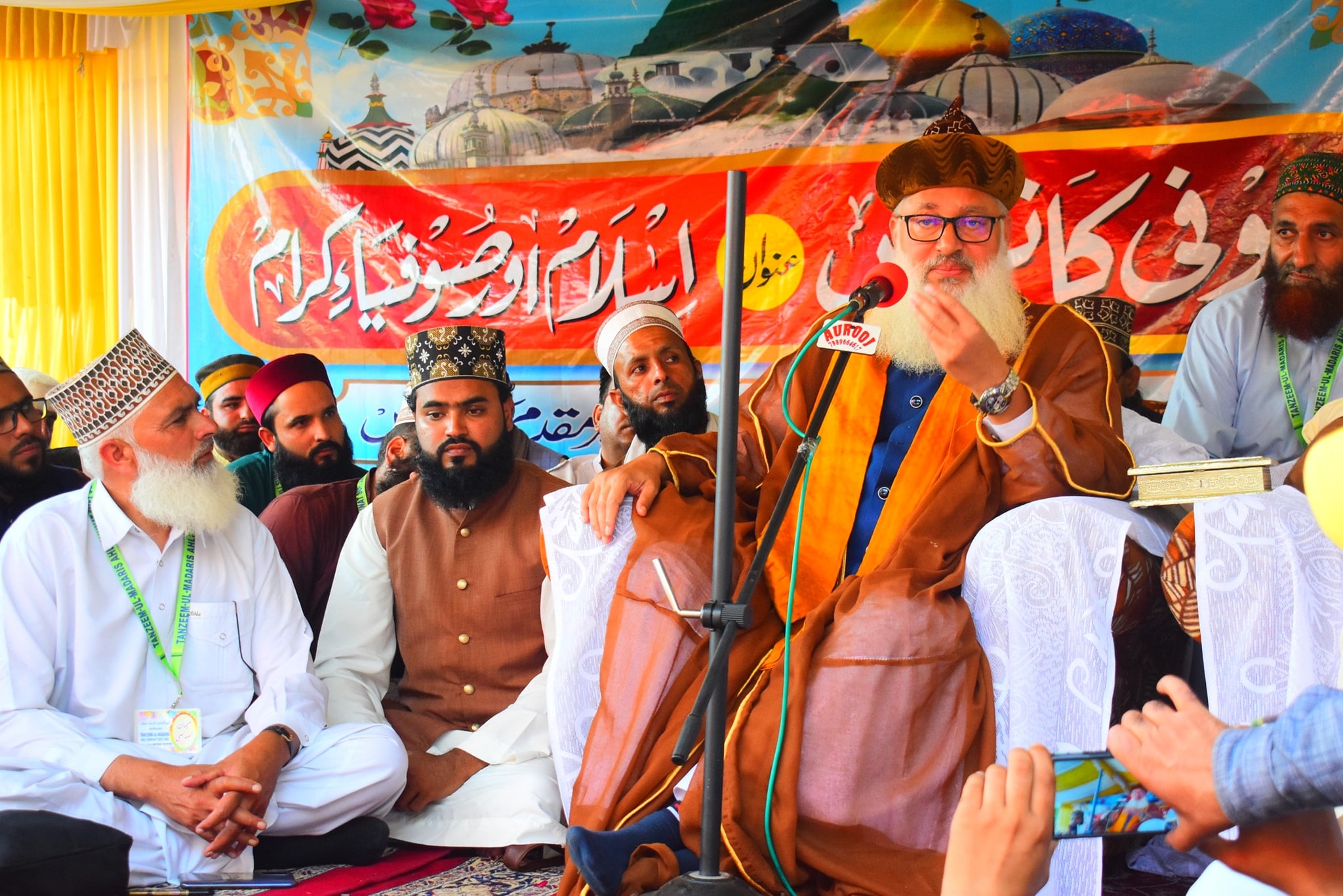 One day Sufi Conference organized by All India Ulama & Mashaikh Board and Tanzimul Madaris J&K in Zora District Shopian, Kashmir where dozens of Ulama, Mashaikh and prominent personalities from Pulwama, Shopian and other regions volunteers , activists and Awam-e- Ahle Sunnah participated.

Hazrat Syed Mohammad Ashraf Kichhowchhavi, Founder & President of AIUMB and Chairman of the World Sufi Forum said that people consider the attainment of wealth to be success, but the Holy Qur’an has called success the purity of hearts and meditation, Allah Ta’ala said that the successful is the one who has purified his heart and the one who has polluted the heart with sins has failed. Hazrat said that heart disease is the root of all social evils like jealousy, greed, ego, selfishness, etc. When these evils enter to someone’s heart, the inner world becomes dark, so the purity of the heart should be taken care of at all times.
Introducing the AIUMB, Maulana Maqbool Ahmed Salik Misbahi said that the Board is an organization of Sufi Saints from all over India without any discrimination and it also includes Sufis and scholars from Jammu and Kashmir. Maulana Gul Mohammad Kashmiri graduate from Jamia Azhar, Egypt delivered speech in Arabic saying that the AIUMB President Hazrat Ashraf Mian is role model for us, we should follow the guidance of Hazrat to solve our problems.

Fight against terrorism not against any religion: PM Modi at World Sufi Forum – Indian Express 0