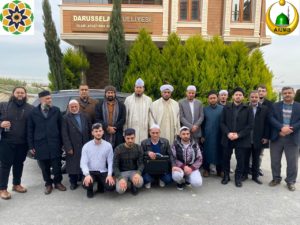 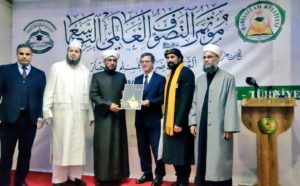 AIUMB Joint Secretary said He was Proud to raise our Indian Flag and represent All India Ulama & Mashaikh Board (An apex body of Sunni Sufi Muslims) India for the first time at the 9th annual International Summit on Sufism/Tasawwuf org by Intl Academy of Sufi Scholars in Turkey. Thanks to International Institute of Non Aligned Studies, Delhi for facilitating our presence at the summit. 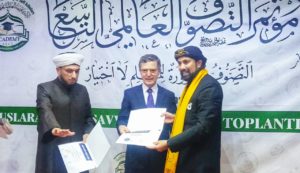 Haji Syed Salman Chishty talked about importance of having Sufi Understanding of the hearts among the peace loving societies across the world and said that Sufism/Tasawwuf is primarily realized by the renditions of the hearts, not by analytics of the mind. Important to reflect on vibrations of the Heart to experience Spiritual longing n Belongings to the Divine Realm, In his remarks.
while He addressed the Round Table Discussion along with Sufi Scholars from over 50 countries mainly from Arab Middle Eastern, North African, Central and South Asia, USA, Balkans, European Union and Russian Federations. 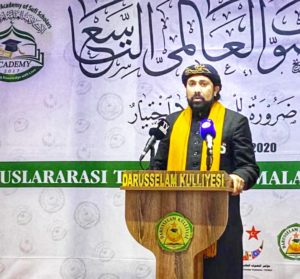 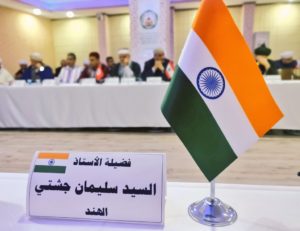 Introducing AIUMB at the summit he said that All India Ulama & Mashaikh Board (AIUMB) has been established with the basic purpose of popularizing the message of peace of Islam and ensuring peace for the country and community and the humanity. AIUMB is striving to propagate Sunni Sufi culture globally .Mosques, Dargahs, Aastanas, and Khanqahs are such fountain heads of spirituality where worship of God is supplemented with worldly duties of propagating peace, amity, brotherhood and tolerance.

On the closing remarks Haji Syed Salman Chishty extended warm regards and thanks on behalf of India and extended the personal invitation to all Sufi Spiritual leaders to visit India and experience the rich spiritual and cultural heritage of India.

Concluding Prayers for World Peace was done collectively by all eminent Spiritual personalities.