DECCAN CHRONICLE. PublishedMar 18, 2016, 12:50 am IST None of Allah’s 99 names stand for violence, says Modi as he praises Islam for its message o

DECCAN CHRONICLE.
PublishedMar 18, 2016, 12:50 am IST
None of Allah’s 99 names stand for violence, says Modi as he praises Islam for its message of peace and harmony. 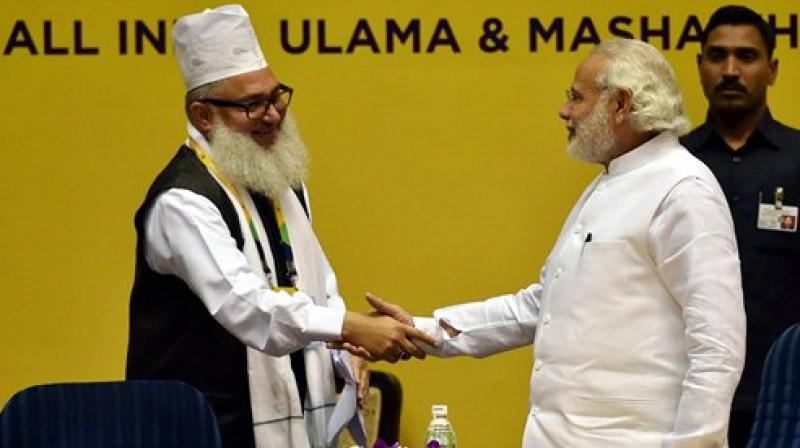 New Delhi: At a time when there is growing debate over “intolerance” in the country, Prime Minister Narendra Modi in an unequivocal message at the World Sufi Forum said that “diversity should not be a cause for discord”.

The Prime Minister, while quoting a Sufi poet, said “We must love all His creations and only doing so one can love his God”. “Different strings of Sitar produce different notes, but together gives a melody; all those who live in the country are an integral part of India,” Mr Modi said. He added “diversity is a basic reality of nature and it should not be a cause of discord”.

Stating that terrorists “distort” a religion, Mr Modi said that “they kill and destroy more in their own land and people than they do elsewhere while making the entire world insecure and violent”.

“Terrorists distort a religion whose cause they profess to support. They kill and destroy more in their own land and among their own people than they do elsewhere. And, they are putting entire regions to peril and making the world more insecure and violent,” he said.

Asserting that there are terror groups that are instruments of state’s policy and design, Mr Modi said terrorism uses diverse motivations and causes that can not be justified.

He was speaking at an inaugural session of the first World Sufi Forum at Vigyan Bhavan in the national capital.

The Prime Minister made a veiled attack on countries who support terrorism as their state policies. “There are forces and groups that are instruments of state policy and design. There are others recruited to the cause in misguided belief. There are some who are trained in organised camps. There are those who find their inspiration in the borderless world of cyber space. Terrorism uses diverse motivations and causes, none of which can be justified,” he said.

India and Iran: How these two ancient civilisations can curb radicalism:First Post 0