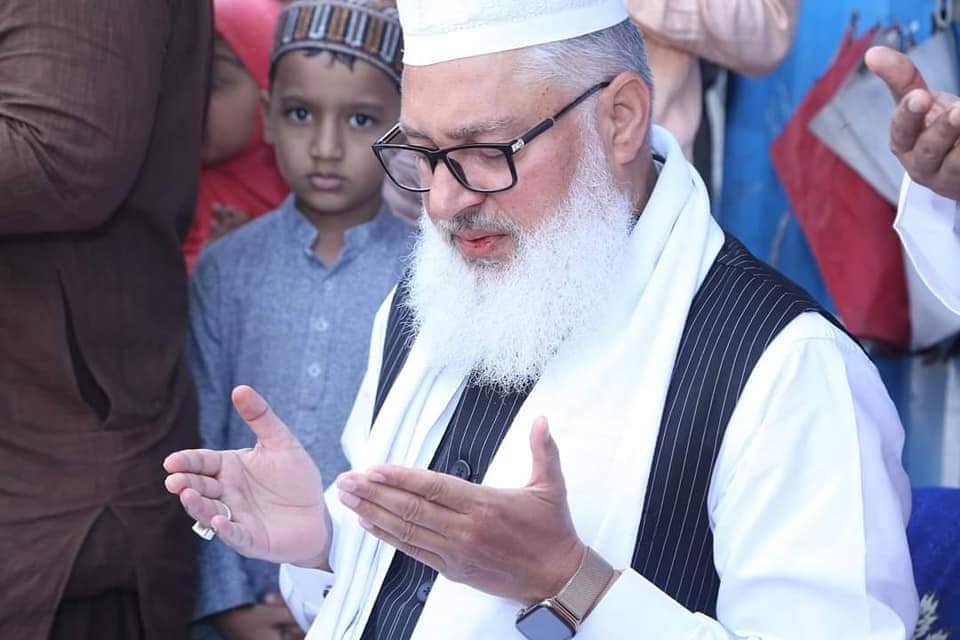 Reactive Violence in Tripura must stop, else it will result into a big catastrophe: AIUMB

All India Ulema and Mashaikh Board's response to the violence in Tripura, and the attack on the Hindu temples by radical elements in Bangladesh Oct

All India Ulema and Mashaikh Board’s response to the violence in Tripura, and the attack on the Hindu temples by radical elements in Bangladesh

Hazrat Syed Mohammad Ashraf Kichhouchhwi, Founder President of All India Ulema and Mashaikh Board and Chairman of World Sufi Forum, while expressing concern over the growing hatred in the country, said that some ideological terrorists in Tripura, are attacking Indian Muslims, burning places of worship and the government has become a silent spectator. Such a situation is a threat to the country. The feeling of mistrust among the people is growing rapidly, and it should be stopped at any cost.

He said the attack on the Hindu temples by radical elements in the name of Islam in Bangladesh cannot be justified in any way and should be openly condemned. “But in response to that in India, the contemptuous atmosphere which is being created, is ferocious and this too cannot be justified in any way. Islam teaches respect for all religions and not harming their places of worship.

It should be noted that on October 15, several Durga Puja pandals and temples in Bangladesh were vandalised after social media posts of a copy of the Quran placed at the feet of an idol went viral. More communal violence and attacks on Hindu minority members were reported in various parts of the country in the weeks that followed. To protest these incidents, religious organisations in Tripura staged a few rallies, some of which resulted in clashes with police and vandalism of houses, shops, and shrines belonging to the minority community over there.

“The rapid rise of hatred in the country gives rise to terrorism. If we people really want to fight terrorism, we must first eradicate hatred and stop divisiveness because innocent people are trapped in the this ploy of hatred and then they are misguided and misled”, he said.

He quoted Hazrat Imam Hussain (A.S) who said that the longer you don’t stand up against oppression, the more the damage is done. Therefore, people who love a peaceful Indian society should now stand firm against all forms of oppression. “In fact, we are helping the oppressors to grow by enduring oppression. We have to stop it by at least speaking out against it”, he said.

If any religious place is attacked by religious fundamentalists and ideological terrorism occurs anywhere in the world, we must stand up against it, while also preventing the handful of terrorists in our country from destroying our dear homeland. The government must intervene in Tripura to stop the violence against Muslims. This hatred will do great harm to the country”, he appealed.

The Paris Attack: An Obnoxious Picture Of Violent Extremists 0