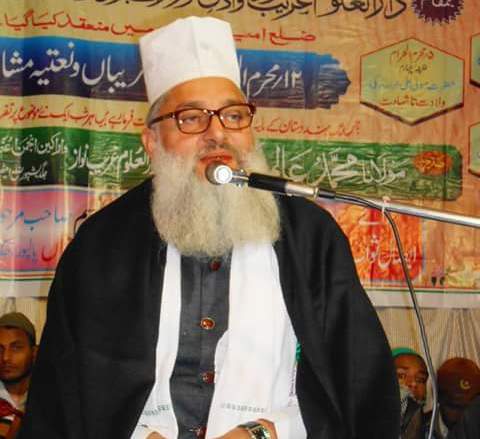 All India Ulema Mashaikh Board, the body that promotes sufism, has urged the clergy to expose the ideologies of Islamic State during their Friday sermons as part of an initiative to prevent people from falling into the trap of the dreaded terror outfit.

To begin with, the clerics associated with the board will base their sermon son Q ur a ni ct ea ching sand hadiths (Prophet’s traditions) to showcase the IS ideology was nothing but sham.

Prominent sufi leader and president of the board Syed Mohammad Ashraf Kichochawi said: “Time is high that we expose these terror outfits in the larger interest of humanity. ISIS kills in name of Islam and followers of Islam are expected to rise against them,” he said adding that acts of ISIS and its fighters fall under the category of Ashad Haram, which means severely forbidden in Islam.

“Such a savage terror group using Quran and holy banners has no place in Muslim world,” he said.

Syed Ashraf, who has been espousing a campaign against the ideology of terror groups, had organised ‘a million march’ in Moradabad in 2011 followed by an anti-terror rally attended by 7 lakh people in Rae Bareli in 2013.

This time the board has targeted the clergy to denounce the ISIS and its ideology.

“We are urging the clerics throughout the country to censure ISIS in their Friday sermons and religious gatherings. They should tell people any terror related activities are strongly forbidden in Islam. Their acts are based on mis interpretation of Islam and are largely aimed at serving their evil political agenda,” he said.

The board, he said, was working with several other groups to unite the entire clergy and strategise to wipe off any influence ISIS has on anyone.

“All of us need to look deep into how much wrong interpretation of political Islam has done to us,” he said.