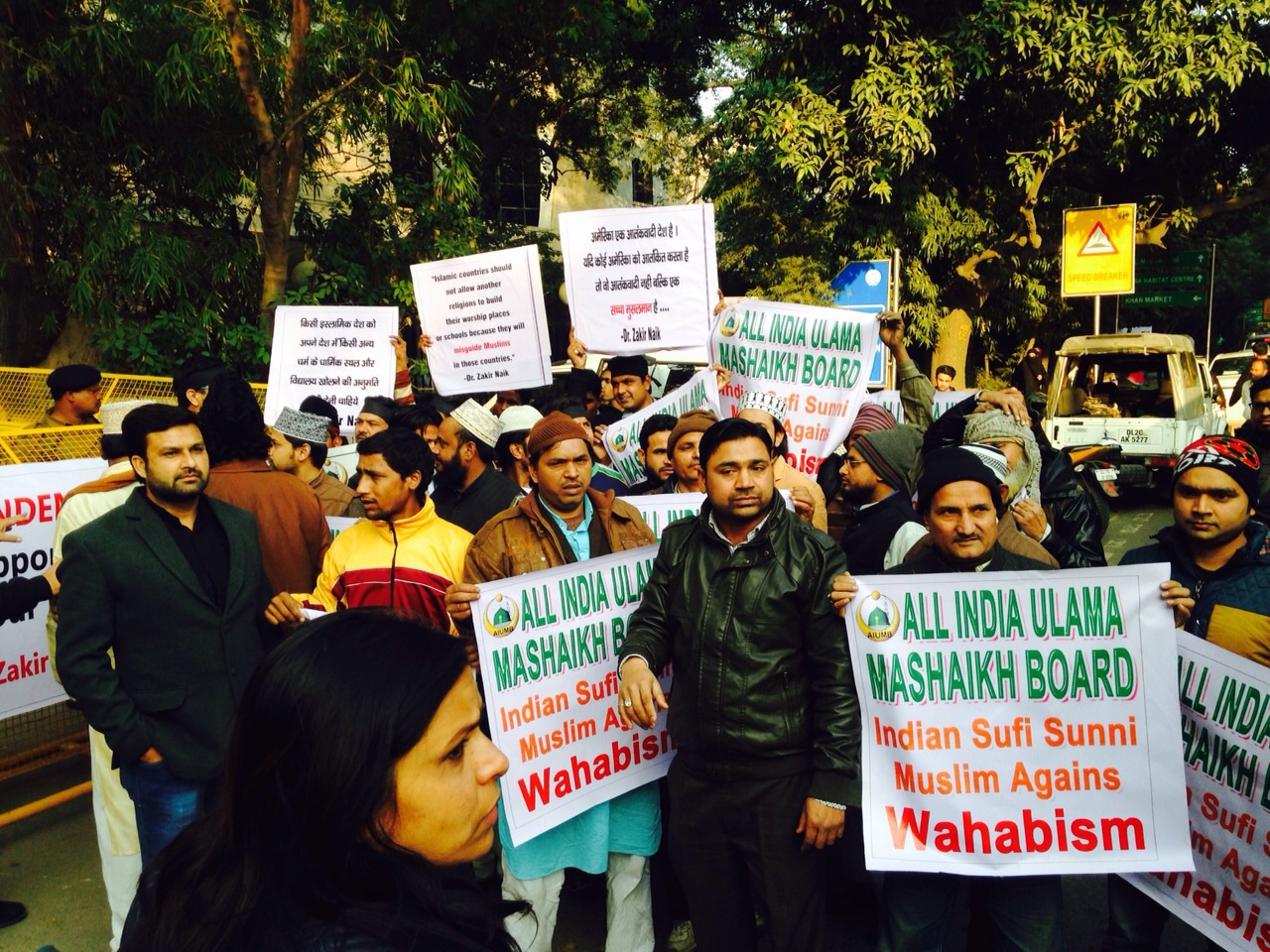 Why Muslims protested against Zakir Naik at the IICC in Delhi

MONEYLIFE DIGITAL TEAM | 19/01/2015 01:39 PM | The office bearers and supporters of Ulama and Mashaikh Board, an organisation of Sufi Muslims protest

Former union minister Arif Mohammad Khan also wrote a letter to IICC president Sirajuddin Qureshi asking why Naik was invited at the Centre. “…in the present times when the community is under siege on account of the misdeed of handful of terror outfitsand the whole religion is being projected as religion of terror, it is important to keep inmind the image and impact of persons who are invited by the centre to interact with its members. A casual glimpse of the writings and speeches of Mr Zakir Naik in the past gives enough idea of his stand on terrorism that is plaguing the whole world particularly India since last few decades,” the letter reads.
Meanwhile, Zaidi also lodged a complaint at the Tughlaq Road Police Station demanding arrest of Naik under Unlawful Activities (Prevention) Act (UAPA). “We demand that Zakir Naik, since it is established that he has supported terror and terrorists should be booked under UAPA and his role be properly investigated,” the complaint reads.
Earlier, in December 2012, Darul Uloom, the globally influential Islamic seminary has slammed the religious views of controversial televangelist Dr Zakir Naik in a fatwa as doubtful, urging Muslims to avoid following him, says a report from Hindustan Times. “Although Naik, a doctor turned preacher, has gained prominence as a speaker on Islam, he has been a controversial figure because of his disparaging remarks on other religions
and radical views. The fatwa said Naik was a ghiar muqallidin, a term used to describe those whose teachings are not directly based on any one of the four accepted