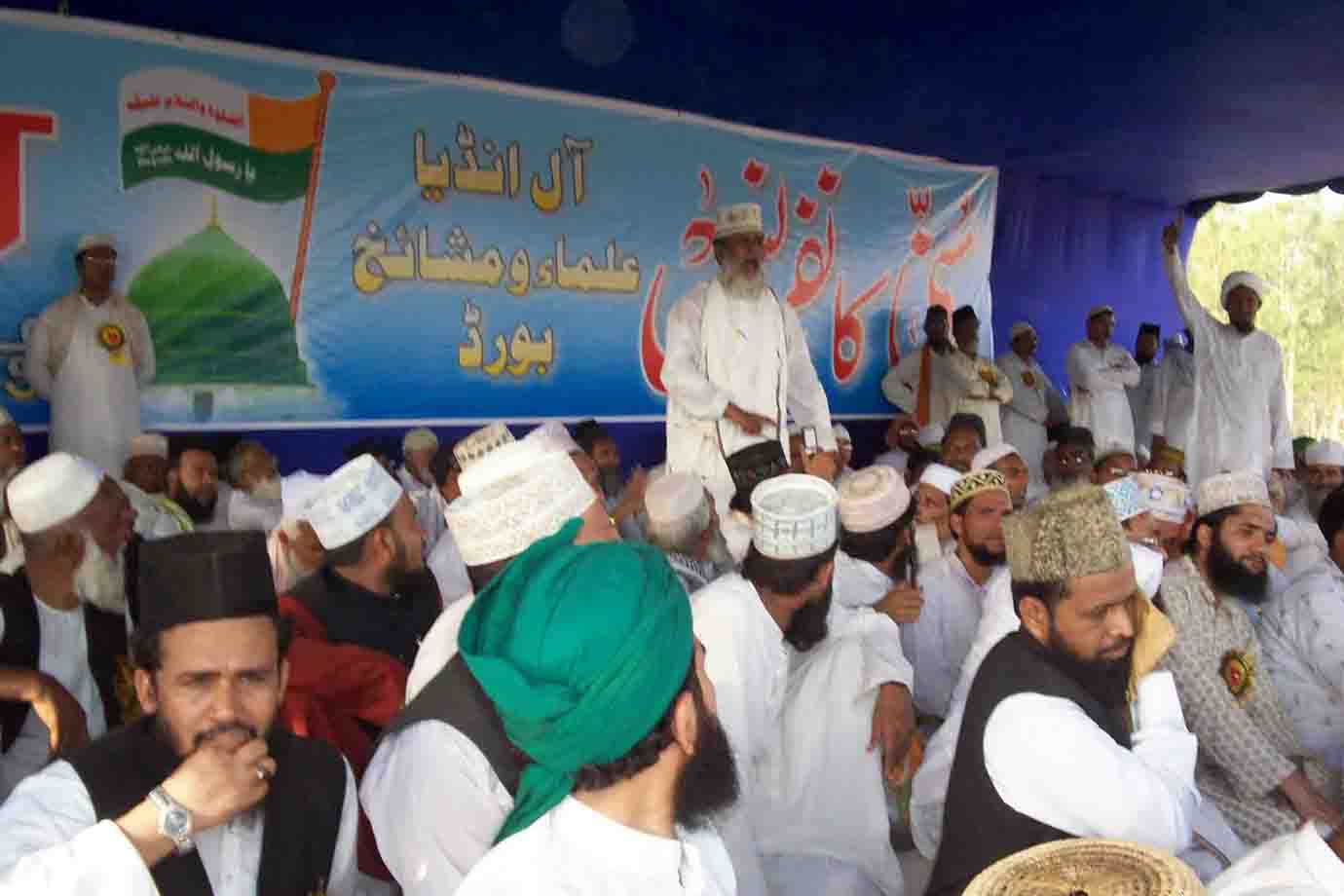 Wahhabism, Saudi Arabia, and Their Gift to Yale

The first thing you need to know about Saudi Arabia is that it is not a country but a financial and religious empire with a million poisonous tentacles stretching across both the West and the Muslim world. Its wealth is built upon the dirty oil under its sands, its legitimacy crafted upon an even dirtier political deal with a totalitarian religious cult known as Wahhabism.

The Saudi Royal Family treats the country as its private property. When the House of Saud conquered the territory known as Arabia, they named the country after themselves, hence the Saudi before the Arabia. It is more of a corporation than anything else, except The Family controls Islam’s holiest cities and profits handsomely off them.

Saudi Arabia should have made more news last week than it did. For starters, it was the anniversary of 9/11, and Saudi Arabia played at least an indirect role in Al Qaeda’s attacks on Washington and New York. More on that in a minute. But a Saudi billionaire also donated $10 million to Yale University and Yale Law School to establish a Center of Islamic Law and Civilization. The official announcement marked this as a great triumph. The establishment of such a center would have indeed been a victory worth celebrating had the money not originated from such a dubious source.

The Saudi billionaire-donor is named Abdullah Kamel. He is the CEO of the Dallah Albaraka Group, a Saudi conglomerate. Dallah Albaraka Group was a named defendant in a lawsuit brought by the families of 9/11 victims. Many of these suits were eventually dismissed on jurisdictional grounds, but a suit against Dallah Avco, a subsidiary of Dallah Albaraka Group, is currently in the discovery stage. Dallah Avco is an aviation company with ties to the Saudi Air Force — the same air force dropping bombs on Yemenis this very second, mutilating and killing thousands of them. Dallah Avco employed a man named Omar al-Bayoumi, a Saudi citizen who held a do-nothing job with the company while he was befriending and helping two of the 9/11 hijackers.

The Dallah AlBaraka Group and Abdullah Kamel undoubtedly operate with the blessings of the Saudi Royal Family, whose role in the 9/11 attacks is finally starting to be exposed. Earlier this year, the “20th hijacker,” Zacarious Moussaoui, directly accused the Saudi Royal Family of knowing about the 9/11 attacks in advance and funding al Qaeda’s plot. The Joint Congressional Inquiry into 9/11 redacted 28 crucial pages dealing with alleged Saudi involvement in the planning and execution of the attacks. Bob Graham, former senator and ex-chairman of the Senate Intelligence Committee, has said in sworn statements that the Saudi government assisted the 9/11 terrorists.

Occam’s Razor directs the proponents of any theory to eliminate unnecessary assumptions. In the case of 9/11, 15 of the 19 hijackers were Saudis. They came from a country run by absolute monarchs, where information is tightly controlled, where a company known as the Saudi Bin Laden Group is the largest construction conglomerate. Trace the money back to its roots, and you quickly find that this “gift” tarnishes Yale beyond measure.

But the Saudi-Yale deal is about more than Yale or 9/11, much more. It is about elite institutions constantly prostrating at the feet of the Saudi Royal Family. The Family has given Harvard and Georgetown $40 million. They have funded research at leading scientific institutions to maximize Saudi oil output. They have donated to leading foundations, including the Clinton Foundation. They have paid for fundamentalist imams in American prisons. From California to India, they have erected a mammoth infrastructure of Wahhabist madrassas which indoctrinate impressionable young men to the virtues of their cause.

In this last charge alone, the Saudi Royal Family’s dollars are drenched in blood. The House of Saud came to power in the 1700s by making a deal with a fanatical preacher named Muhammad Ibn Abd al-Wahhab, who taught that Islam had to be stripped down to its puritan essence. All later adaptations were eliminated because they were seen as sinful. A Muslim had to adhere to the Wahhabists’ literal interpretation of scripture or risk being deemed an apostate, and thus, liable to be murdered. Visits to the shrines of saints were criminalized as idolatrous. The Shia, the Sufis, the Ahmadis–all Muslim minorities–were thought to have deviated from the One True Path and so they, too, could be killed. Because Wahhab and his gang claimed to be defending Islam, their violence was legitimated as jihad. Homosexuals and blasphemers were to be put to death. Adulterers were to be stoned. Thieves were to have their hands amputated.

In the Saudi-Wahhab deal, Wahhab pledged to “support the ruler, supplying him with glory and power” if Ibn Saud made Wahhabist doctrine his official dogma. In the early 1800s, the Saudis took over Makkah and destroyed the monuments built to the Prophet Muhammad’s family. The Prophet’s tomb itself was just barely saved. They destroyed the cemetery where members of the Prophet’s family were buried. They ransacked the holy Shia city of Karbala in Iraq, mass-murdered women and children, and pillaged the tomb of Husain, the Prophet’s nephew and the spiritual leader of the world’s Shia.

In more modern times, the Saudis have spent upwards of $100 billion building madrassas around the world. In Pakistan, once a relatively liberal country, the number of Saudi-funded fundamentalist madrassas went from 900 to 32,000 in over a decade. These madrassas did not produce engineers and doctors but religious fanatics. Some of the students in these madrassas became leaders of the Taliban and al-Qaeda. Simply put: You do not get today’s Sunni-Shia war without the Saudi Royal Family exporting Wahhabism, an ideology with conflict and plunder inherent in its core.

The legacy of Saud and Wahhab continues, though now with a Las Vegas bent. Makkah–Islam’s holiest city and the destination of the Hajj pilgrimage which attracts over 3 million Muslims annually–is surrounded by cranes and construction facilities building hotels and luxury shopping centers that loom over Islam’s holiest sites. In recent years, the house of Khadijah, the Prophet’s wife, was destroyed to build toilets. The house of Abu Bakr, the Prophet’s companion, was razed to build a Hilton hotel.Over 98% of Arabia’s religious heritage sites, and thus Islamic history, have been destroyed. If all of this sounds eerily like ISIS it is because ISIS and Saudi Arabiashare the exact same ideology. The Saudis just happen to be our friends.

The man who gave Yale that $10 million check hails from the most totalitarian country on earth, second perhaps only to North Korea. Enforced as official dogma in the Kingdom are the two most fundamental and ancient forms of totalitarianism: Man’s control over the bodies of women and his control over the thoughts of all citizens. Women live under a segregationist, sexist, apartheid state. The thought-murdering ideology of Wahhabism criminalizes dissent before it can even germinate in individual consciences. The law is not supreme; the House of Saud is. The purpose of the law is not to serve and protect but to preserve the Family and destroy the minds and bodies of its enemies, beginning with the Shia.

The study of Islamic civilization is desperately needed in the West. The writings of ancient Greek philosophers were translated and preserved by Muslim philosophers and scientists in the great libraries of Baghdad. Our numerical system is owed to Persian and Arab mathematicians. Much of our current understanding in physics, calculus, philosophy, political economy, medicine, indeed, the scientific method itself, is owed at least in part to Islam’s golden age. Try and get to the Renaissance and Enlightenment without Islam’s discoveries and you will find yourself stuck in the Dark Ages. Islamic civilization was open, tolerant, diverse. Wahhabism and the Saudi Royal Family inverted all of that, built a sectarian empire, and with their oil money, bought off those who could be bought, and imposed themselves on everyone else.

The Yale gift makes a mockery of this rich history. Saudi money should not be funding any more programs in the United States or elsewhere because the money is stained with both blood and oil. It was extracted from the ground, but the extractors got to where they are by stomping upon the bones of their fellow Muslims. Let justice be done, though the heavens fall, goes the ancient quote, but justice will never be done if this organized crime family continued to buy our loyalty. Mr. Kamel’s check should be returned to him and his Saudi patrons with clear instructions that they spend the money making amends for The Family’s many crimes against humanity, their genocide of Islamic civilization.

AIUMB strongly condemned the acts of terror in Sri Lanka 0