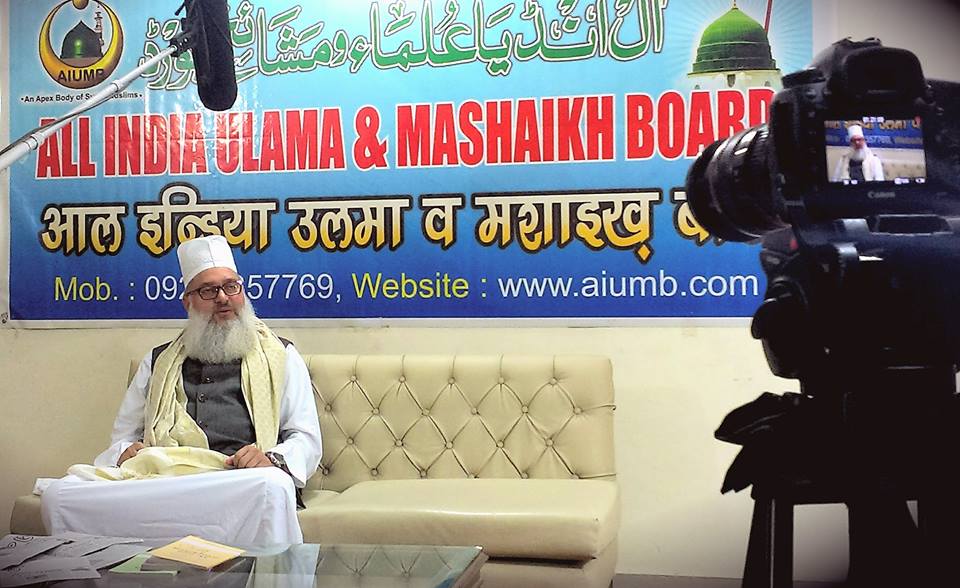 November 4, 2011 A prominent organization of Sunni clerics has urged Muslims to reject hardline Wahabi Islam, which it said was giving the community

A prominent organization of Sunni clerics has urged Muslims to reject hardline Wahabi Islam, which it said was giving the community a bad name.
NEW DELHI: A prominent organization of Sunni clerics has urged Muslims to reject hardline Wahabi
Islam, which it said was giving the community a bad name, and called for limiting the influence of Saudi
Arabia, which it blamed for meddling in the affairs of Indian Muslims by pumping in petro-dollars.
At a mahapanchayat in Moradabad, UP, the All India Ulama and Mashaikh Board (AIUMB), which claims
the support of a majority of Indian Muslims, rooted for Sufi traditions of Islam propagating tolerance and
harmony.
“About 100 years ago, Sunni Muslims in India had rejected the Wahabis. After Independence, however, the Wahabis expanded their influence through political backing.While we remained away from government and politics, Wahabis gained control over institutions dealing with minority affairs, including the wakf board and the Muslim Personal Law Board,” said AIUMB general secretary Syed Mohammed Ashraf Kachochavi at Sunday’s meet.
AIUMB spokesperson Syed Babar Ashraf said 80% of Indian Muslims followed the Sunni Sufi
tradition while Wahabis wielded control over just 13-14% of the community. “But a large section of
the Urdu press has boycotted us. They are controlled by hardliners,” Ashraf said.
He said Wahabi-inspired outfits like Deoband, Jamiat Ulama-e-Hind and Ahl-e-Hadees were
importing a “foreign ideology” into India. “They are funded by petro-dollars and aim to grab political
power,” Ashraf said.
AIUMB urged the Centre to set up a central madrasa board, including a member of each Sufi
‘silsila’ (order) in India and one from Shias or Bohras. The funding of madrasas should be audited to
check the influx of Saudi petro-dollars, it said.
AIUMB leaders claimed Wahabi-inspired outfits were feeding on the frustration of Muslims and
indoctrinating them in radical Islam. “Muslims should be careful about such anti-national activities in
the name of religion. If they find any extremist exhorting them to terrorism, they should immediately
hand over the person to police,” said Kachochavi.
Unlike the Sufis, Wahabis are against praying at dargahs (shrines) and graves and many of the
cultural practices embedded in South Asian Islamic traditions. “Millions of Muslims visit the
Prophet’s shrine at Madina every year. Muslims are following the Prophet when they pray at
dargahs. Why should it be un-Islamic?” asked Hazrat Shahid Mian Chishti, dargah-in-charge of
Khwaja Moinuddin Chishti’s dargah at Ajmer.
AIUMB also released a memorandum urging the external affairs ministry to ask the Saudi Arabian
government to stop “destroying historical places and preserve sites associated with the Prophet,
his family and his Sahabas (companions)”.
Arshad Alam, assistant professor, Jamia Millia Islamia University said, “This movement is
articulating the ethnic roots of Islam in India. It’s not just about a religious identity but placing this
identity in the national context.”
Alam, author of the book, ‘Inside a Madarsa’, said Deobandis aspire to an Arabian model of Islam
which obliterates the ethnic identity of Indian Muslims.
Islamic scholar Maulana Wahiduddin Khan, however, didn’t accept the presence of Wahabi-inspired
hardliners in India. “At best you can call them mild fundamentalists. Muslims can’t afford to be
radical in India. About 95% of Indian Muslims had Hindu ancestors. So Hindu culture dominates
India, the basis of which is tolerance. For extremism to flourish, you need a Muslim-majority country
like Pakistan,” he said.
The AIUMB plans to hold mahapanchayats and Sunni conferences to spread their message every
six months. They have held such programmes at Bhagalpur, Bihar, and West Bengal.