Neo-Kharjism can only be eliminated by completely shunning Takfirism. 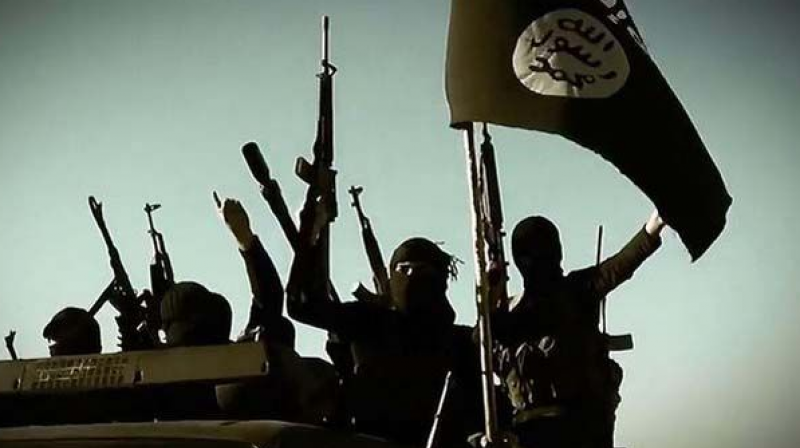 Radicalised Muslim youth joining the Tehreek-e-Taliban (TTP) in Pakistan or the Islamic State of Iraq and Syria (ISIS) to attain what they call “istishhad” (martyrdom) is not a recent phenomenon. The emergence of Kharjism in Islam in its early phase was the first brutal and bloodthirsty incarnation of religious extremism among Muslims. Ibn Muljim, the founder-ideologue of this fanatic faction, went to the extent of killing Prophet Muhammad’s son-in-law Hazrat Ali in his crazy bid to “purify” Islam.

Kharjism is based on Takfirism — declaring all others, that is non-Muslims, kafir (infidel). Faith-inspired terror in Islam began with the rise of Kharjism. Ibn Kathir and Tabri, the two earliest authorities on Islamic history, tell how Kharijites peddled hatred, intimidation, violence and terror.

The early Kharijites terrorised civilians in Nahrawan, a part of Iraq then, because they did not accept their coercive creed. Whoever, Muslim or non-Muslim, went against the Kharijite puritanical understanding of Islam, had his/her throat slit.
Walking in the same “puritanical” footsteps of Kharijites, the present-day jihadists have declared all those who differ from or even doubt their desiccated faith as mubah al-dam (whose blood can be shed) and wajib-ul-qatl (whose killing is mandatory).

Thus, the ISIS, Al Qaeda, Boko Haram, TTP and all other jihadist outfits strictly subscribe to the puritanical, radical Kharjism. Abu Bakr al-Baghdadi’s order to kill all those who celebrated Id last year was no different from the Kharijite ideologue Ibn Abd al-Wahhab’s fatwa that whosoever celebrates any cultural or religious festival “should be killed, their wives and daughters violated, and their possessions confiscated”. There is no difference between Kharjism and modern-day jihadism.

The growing number of young Muslims joining terror outfits like the ISIS, Al Qaeda, TTP or Boko Haram are inspired by the very well worked out Kharijite theology being installed in radicalised madrasas.

The wanton killing of students in Bacha Khan University in northwest Pakistan, leaving 20 dead, has deeply pained us all. It was carried out by the Talibani religious zealots with a gross violation of peaceful Islamic principles. Mainstream Muslims need to brainstorm why the extremist indoctrination of the Muslim youth and madrasa pupils by the TTP in Pakistan, ISIS in Syria or by its jihadist ilk in other countries is succeeding.

Throughout Islamic history, Kharjism-inspired doctrines have encouraged radical Islamists to take up arms against non-combatant civilians. The Kharijites have always rejected any kind of reconciliation with people of other faiths, and remained hell-bent on complete cessation of all other creeds, sects, systems of governance, modes of education and even multicultural traditions.

The silence of a large number of Muslim leaders on the historical nexus between violent extremism and Kharjism, the first radical movement in Islam, is surprising. Very few Islamic clerics or heads of Muslim seminaries have, so far, identified the relation between extremism and the misreading of Islamic scriptures.

As a result, Kharijism-inspired extremism is now spinning out of control. The entire Muslim community, and especially moderates, need to rethink their strategy to defeat the vindictive Kharijite-Talibani ideology. They could begin by asking why it is still being taught in Pakistan’s Wahhabi seminaries, despite the serious threat it poses.

But, at the same time, it is heartening to note that over 100 heads of Sufi shrines of India have formed the “World Sufi Forum” (WSF), bringing together spiritually-inclined leaders of all faiths and traditions from various countries to strengthen the cause of peace, tolerance, dialogue and de-radicalisation. An initiative of the All-India Ulema and Mashaikh Board, an apex body of the Indian Sufi Sunni Muslims, the WSF aspires to constantly engage in Sufism-inspired Islamic discourses and divergent contemporary debates to enlarge the ambit of approaches to counter extremism. It will also launch a campaign to educate Muslim youth about multiculturalism, plurality, unity in multiplicity and other glorious facets of Indian compositeness.

More noticeable development in the community is that a number of Indian madrasas are beginning to counsel their students against the vices of extremist groups like the ISIS and Taliban. Shortly after four Kalyan-based young Muslims joined the Daesh in May 2014, India’s largest modern Islamic institute, Anjuman-e-Islam, joined the ideological war against the ISIS. It has launched an anti-terrorism course for more than one lakh students at its 98 branches and campuses spread across Maharashtra.

According to A.R. Anjaria, the head of Islamic Defence Cyber Cell in Mumbai, Anjuman teachers closely monitor students in secondary, graduate and post-graduate courses, noticing their behavioural changes. They immediately report to the Anjuman management and the student’s guardians if they find even a slight hint of radicalisation.

Notably, the first Islamic curriculum on peace and counter-terrorism has been developed by the Minhaj-ul-Quran International, under the guidance of its founder Muhammed Tahir-ul-Qadri, a prominent Pakistani Sufi leader. It contains the main theological discourses challenging dangerous radical doctrines with extensive quotations from Quran, hadith and other Islamic texts and resources.

Categorised into several volumes, it is separately meant for young Muslim students, imams, clerics and teachers, although much of the material overlaps. Similarly, India’s leading Barelvi madrasa, Jamia Rizvia Manzar-e-Islam, has launched a course on de-radicalisation titled “Islam and Terrorism”. According to the madrasa rector, it is aimed at teaching students a tolerant Islam.

A word of caution, however. Muslim clerics must be wary of their approach towards countering violent extremism. If they are declaring the terrorists “kafirs” (infidels), they are also, inadvertently, replicating their ways. Kharijites declare all those who don’t believe in their vile ideology as kafir and mushrik (infidel and polytheist) and, hence, slaughter them.

By merely proclaiming that all the jihadist volunteers are kafir and murtad (apostates) and hence not Muslims, they are not on the right track to stem the tide of modern Kharijite extremism.

Neo-Kharjism can only be eliminated by completely shunning Takfirism. Prophet Muhammad (pbuh) also warned against Takfirism: “Do not revert to takfir after me by cutting one another’s necks” (Sahih al-Bukhari). This was exhorted by the Prophet in his last sermon in Mecca. He warned that Takfir is a grave fitnah (sedition) that has to be defeated by people of all times. Today, this fitnah has risen again, on a global scale. So this highly radicalised indoctrination of Islamism has to be countered and controlled by educating Muslims about non-Takfirism.

Kharijism is extremely rigid in its interpretation of Islam and, therefore, turns into violent extremism anytime, anywhere. But the question is why this obnoxious ideology is attractive today to some Muslims. What are the nefarious political motives behind this “religious” mindset? Why are holy scriptures of peace, like the Quran, being misused to justify violence by the neo-Kharijites? It’s time we start looking for concrete answers to these questions.