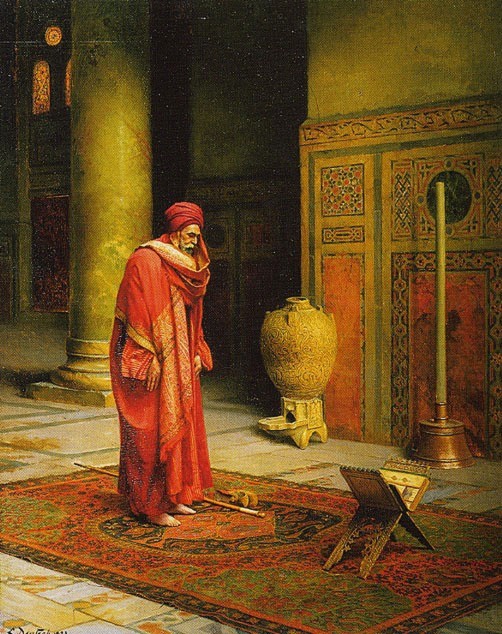 Definition of Tasawwuf Shaykh ul Islam Qadhi Zakarya Ansari {929 A.H./1509 C.E.}, said that: "Tasawwuf is the Science through which occurs the purific 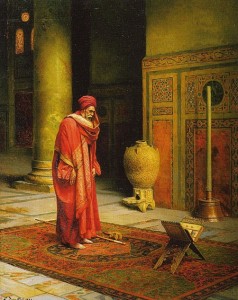 Shaykh ul Islam Qadhi Zakarya Ansari {929 A.H./1509 C.E.}, said that: “Tasawwuf is the Science through which occurs the purification of the Nafs {Self} together with the development of morality and which also builds the physical being and inner selfwith a view to reaching eternal bliss.” (. Sharh ar Risalah al Qushayriah; p: 7; Mustapha Babi Halabi, Cairo)

Sayyidi Shaykh Ahmad Zarruq declared that: “Tasawwuf is a Science of which the aim is to improve the heart and detach it from earthly desires to such an extent that it channels itself solely towards Allah . Which brings to say that the heart belongs only to Allah .”(Qawaid ut Tasawwuf (Principles of Tasawwuf); Principle no. 13, p: 6)

Prophet Muhammad’s ﷺ companions who prayed all night and daylong on a platform next to the Masjid al Nabvi {i.e. Ashab us Suffa}. Reference is also made to the word ‘Safa’ which means ‘Purification’. Whatever be the etymological root, Tasawwuf has won its credentials and its right of existence around the world very long ago. Some criticise Tasawwuf by saying that this terminology did not exist at the dawn of Islam. Yet, several definitions and concepts, like Fiqh, Hadith, Ilm-ut-Tawhid, which did not exist at that particular point of time and were coined in later years. Tasawwuf was infact present at the time of the Prophet Muhammad ﷺ and was known as ‘Ihsan’.

The Development of Tasawwuf as Knowledge

Some people wrongly believe that Tasawwuf appeared withinIslam under the influence of Greek, Persian or Indian philosophy. This is devoid of any truth and is led by Occidental Philosophers and their followers. And these very persons are those who speak of Islamic Tasawwuf, of Hindu Tasawwuf, of Greek Tasawwuf and of Persian Tasawwuf as if there were different types of Tasawwuf. The truth is that they mix Tasawwuf with metaphysics and mysticism. Tasawwuf originates from the Holy Quran and from the Sunnah {Deeds and Sayings of the Prophet Muhammad ﷺ} but also comes from the noble behaviour of the Prophet Muhammad’s ﷺ Companions {Sahaba}. Tasawwuf is per se free from any influence, be it Persian, Indian, Greek or Chinese… It is a fact that at certain points in the history of Islam, there were attempts to adulterate or tarnish Tasawwuf by improper mystical or metaphysical wordings. But the Sufis never gave in. There is no other Tasawwuf than the one rooted deep in Islam. If Tasawwuf was not a widespread science at the dawn of Islam, it was simply because Muslims were living in an atmosphere of spiritual purity by the side of the Holy Prophet Muhammad ﷺ. Their love for the Prophet ﷺ, the purity of their intentions and their keenness to follow him endowed them with levels of spirituality that remain unmatched. They did not need the knowledge of Tasawwuf; Tasawwuf itself emerged from their exemplary behaviour.

Ihsan or Tasawwuf is a basic element of Islam. Iman is the light of Faith. Islam is obedience and adoration. Ihsan is the state of observation and comtemplation. The Prophet Muhammad ﷺ thus described Ihsan: “Adore Allah as if you see Him; and if you cannot see Him, be as if He sees you.” (Sahih Muslim, Kitab ul Iman, narrated by SayyidunamUmar)

Necessity and Importance of the Tasawwuf:

The laws of Shariah which relate to mankind are two-fold. (i) Some relate to External actions and (ii) Some relate to Internal actions. In other words, some pertain to the body and the others pertain to the heart. Moreover, there are two types of laws attached to the body: (a) the orders to be followed and (b) the interdictions. (a) The orders to be followed include the Salah, Sawm, Zakah and Hajj etc. (b) The interdictions comprises murder, adultery, theft, drunkenness etc.

Similarly, there are orders and interdictions concerning the heart; Orders like Faith in Allah Almighty and his Prophets, the Belief in the existence of Angels, His Books, the Belief in the Day of judgement or Doomsday and also other orders in favour of sincerity, piety, trust in Allah Almighty etc. Similarly, there are interdictions over the heart like polytheism, atheism, pride, ostentation, arrogance, envy, contempt and concupiscence etc.

“: in truth, my Lord forbids from committing bad actions, be they visible or hidden.”

There are several Hadith concerning the prohibition of hidden actions and we shall make reference to only one. The Beloved Rasul Allah ﷺ said: “There are more than 70 levels of Faith {Iman}. The highest is the declaration of Laa Ilaha Illallah and the humblest is the act of removal of what is injurious on the path. Morality is also a level of Iman.”(Sahih Bukhari and Sahih Muslim, Kitab ul Iman, narrated by Sayyiduna Abu Hurayrah)

“When you offer {congregational} prayer Celebrate Allah’s praises standing, sitting down or lying down on your sides.” {An Nisa; 3: 103}

“But keep in remembrance the name of the Lord and devote yourself to Him wholeheartedly.” {Al Muzammil; 73: 8}

The following Two Ayahs from Surah al Ahzab are also of significance.

“O who believe! Celebrate the praises of Allah and do this often; And glorify Him morning and evening” {41-42}

It is allowed to read Zikr of Allah Almighty in Solitude or in a Group, in a low voice or loudly, secretly or openly. The Beloved Rasul Allah taught all these types of Zikr. The respected Sufiya generally prefer Zikr to be read loudly.