The world renowned Sufi saint Sheikh Muhiyuddin Abdul Quadir Jilani is known as Ghaus-e-Azam (the highest in the hierarchy of Saints). The Sufi-orient

The world renowned Sufi saint Sheikh Muhiyuddin Abdul Quadir Jilani is known as Ghaus-e-Azam (the highest in the hierarchy of Saints). The Sufi-oriented Muslims, especially in India and Pakistan, flaunt great veneration and love to him as they believe he had reached the status of Siddiquin (the steadfast affirmers of truth), a great saintly epithet that the holy Quran has ascribed to the most righteous and the most God-favoured believers after the prophets (4:69). 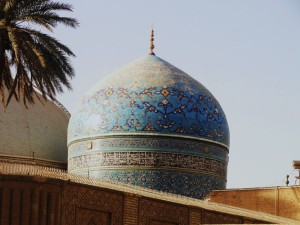 Sheikh Jilani (r.a) was the founder of the most universally acclaimed Sufi order “Silsila Quadriya. Besides Iraq, Yemen, Egypt, Algeria, Morocco, Turkey, Indonesia and African, European and western countries, the Qadri Sufi order has deep roots in Indian subcontinent. The Indian devotees of Ghaus-e-Azam hold him in great esteem for his unparalleled spirituality, innate piety, deep humility, in-depth intellectuality and generosity of his high spirit. Scores of Sufi-minded Muslims the world over subscribe to his Tariqah (Sufi order) mainly in Egypt, Iraq, Turkey, Indonesia, Malaysia and, of course, India. In his time, people of great positions including rulers and governors of states figured among his disciples venerating him as the pioneer of the noble Islamic mysticism.

Being a great Sufi saint, Islamic theologian, earnest preacher, Sheikh Abdul Qadir (r.a) was a veteran and well-versed mystical writer. He wrote and spoke quite a lot. Some of his major mystical works that have been serving the humanity as a great source of spiritual inspiration down the ages are:  (1) Sirr al-Asrar (The secret of secrets) (2) Ghunyat al-Talibeen (Wealth for Seekers) (3) Al-Fat’hu Rabbani (The Endowment of Divine Grace) and  Futuh al-Ghayb (Revelations of the Unseen).

Above all, the sheikh was a large-hearted humanitarian and, therefore, he would pray for all human beings irrespective of race, religion, caste or creed. This could be clearly seen in the spiritual discourses he regularly delivered in his Khanqah (Sufi seminary) on Friday mornings, Monday evenings and Sunday mornings. The book entitled “Futuh al Ghaib” (Revelations of the Unseen) is the collection of such 78 fabulous discourses on various topics palatable to the taste of every seeker of the spiritual path. It was compiled by the Shaikh’s son, Seyed Abd al- Razzaq and has been rendered into English by Maulana Aftab-ud-Din Ahmad, formerly Imam, The Mosque, London and the associate editor, Islamic Review, London and published by Kitab Bhawan, Darya Ganj, New Delhi.

A look at some of the discourses in “Futuh al Ghaib” will reassure you that the Sheikh is addressing issues that are as pertinent in this day and age as the day he spoke about them so many years ago. These sermons speak volumes about the spirit of charity and philanthropy the Ghaus-e-Azam (r.a) breathed. The book is counted among the masterpieces of Sufi Islamic literature on account of its fascinating and candid exposition, marvellous flow, captivating contents and touching style that appeal to Muslims and non-Muslims alike. Anyone who reads them admits spontaneously that the writer was, indeed, a holy saint who epitomised Mujaddidiyya (revival of faith) and Wilayah (Islamic sainthood).

Sheikh Jilani (r.a) had a huge non-Muslim following especially from among Jews and Christians who would passionately attend his discourses and were deeply impacted by his charismatic personality. The reason was that he had adopted an entirely scientific approach in delivering his discourses that appealed to the intelligentsia of other faiths as well. Today’s theologians and religious scholars should read his discourses meticulously and benefit from his mystical enlightenment. I am sure they would realise that Sufi literature such as this has enriched Islamic theology the most, not only in terms of spirituality and soulfulness but also in rational and intellectual taste. These historical documents of Islamic mysticism have substantiated the fact that Tasawwuf (Sufism) is neither a speculative philosophy nor a dogmatic theology, but an experimental science that has multi-faceted and deep-rooted influences on human life.

“Futuh al Ghaib” primarily contains Nasaih (spiritual sermons) and mawa’iz (discourses) that Sheikh Jilani preached to both Muslims and non-Muslims in the city of Baghdad in Iraq. They were written down by scribes as he delivered them and were compiled and handed down through centuries until it was preserved as a classical document of Islamic mysticism. The most captivating aspect of these discourses is that while reading them you would feel as if they were addressed to you directly.

Sheikh Abd-al-Qadir Jilani (may God be pleased with him) begins his discourses with an exalted, lofty and detailed Durud (invocation of blessings on Prophet Muhammad, peace be upon him) in which he expresses his deepest love and gratitude for him. He goes on describing the bounties gifted to the beloved Prophet Muhammad, (pbhu) and tells us that he knew God as no one else did, that he praised God as no one else did and that he was inspired by God as no one else was. He also reminds us that the grandeur of the Prophet pbuh has already been reflected in this world and is yet to be manifested in its fullest glory on the Day of Judgment. He recites Durud beginning with the name of God and seeks the wasila (intercession) of the Prophet pbuh. In the same breath, he enumerates the Asma ul-Husna (the Most Beautiful Names of God) and His Sifat (attributes).

As I was turning pages of Futuh al-Ghaib, I stumbled upon a very beautiful and lofty piece of advice that if one adheres to one will give up living in despair and denial of divine bounties. Dwelling on how people encounter events and calamities, Sheikh Jilani explains that there are two kinds of people:

“Both kinds of people should be aware that “Lo! thy Lord is Doer of what He will.” (11:107), and that He changes and transforms, sweetens and embitters, enriches and impoverishes, exalts and abases, honours and humbles, gives life and causes death, brings forward and puts back. Why should either of them be complacent about his good fortune, why would he be deluded by it, and why would he despair of happy relief while in state of affliction?

To feel the instant impact of the Sheikh’s discourses that are an extraordinarily blessing to readers of all times and tastes, let us have a glance at some gems of his sayings:

Explaining the meaning of the divine saying “hearts broken for God’s sake” (as reported in a Prophetic tradition), Sheikh Abdul Qadir Jilani says:

“God has said: “I am with those whose hearts are broken for My sake.” So God will not be with you until you totally disown your desire and your will. When these are broken, and you contain nothing stable or useful, God will create you afresh and install in you a new power of will for you to exercise. If any element of self creeps into this newly created will, however, the Lord will smash it again. You will always be left broken-hearted, because He will repeat this process until the book of destiny ends with union. This is the meaning of: “I am with those whose hearts are broken for My sake.” When we speak of an element of self creeping in, we mean that you become sure and self-confident in relation to the new will.” (Discourse On PASSING BEYOND CREATION: ANNIHILATION, page 11)

Similarly, in the twentieth discourse, the Sheikh gives a beautiful explanation to the popular saying of the prophet: “Leave anything that makes you doubtful and stick to what arouses no misgivings in you.” He says:

“When a doubtful thing becomes mixed up with a thing of certainty, adopt the course in which there is nothing of any doubt and suspicion and discard what causes any doubt. But when it is the case of a doubtful thing which is not free from hesitation and a consequent disturbance of mind such as is narrated in a tradition of the Prophet Muhammad (peace be upon him) — “Sin creates disturbance in the heart” — wait in a case like this for the inner command. Then if you are commanded to adopt it, do as you like, but if you are forbidden, then refrain and let the thing be to you as if it had never been and never existed and turn towards the door of God and seek from your Lord your sustenance.”

Shedding light on the common attitude of people when in times of tabulations and trials, the Sheiks elaborates:

“When the servant of God is in the grip of a trial he first tries to escape from it with his own efforts, and when he fails in this, he seeks the help of others from among men such as kings and men of authority, people of the world, men of wealth, and in the case of illness and physical suffering, from physicians and doctors; but, if the escape is not secured by these, he then turns towards his Creator and Lord, the Great and Mighty, and applies to Him with prayer and humility and praise. So long as he finds the resources in his own self he does not turn towards the people and so long as he finds resources in the people he does not turn towards the Creator.” (Discourse On being tried and tested, page: 6)

Dwelling on the evils of the Nafs-e-Ammara (the lower self that incites people to indulge in wrong and vicious acts and thus leading them astray from the path of God), the Sheikh Jilani says:

“Verily there is nothing except God and yourself and you are addressed, and the self (Nafs) of man is opposed to God and inimical to Him and all things are subordinate to God, and the self of man really belongs to God as a creation and as a possession, and the self of man entertains presumptions from whence arise false hopes and passions and sensual pleasures. So ally your “self” with truth by opposing your “self” and become inimical to your “self”. Thus God said to Prophet David (peace be upon him), “0 David, I am your unavoidable resort, so hold firmly to this resort; true servitude consists in your becoming inimical to your own self for My sake.” (Discourse On the self and its states, page: 21)

Some important topics covered in the Sheikh’s discourses are: the nature of this world, Wisal-e-Ilahi (drawing near to God), passing beyond the creation, self and its states, removing the cares of the heart, disclosure and contemplation, fear and hope, trust and its stages, classification of the seeker’s state, pious caution (al-wara), honesty (Sidq) and sincerity (Nisah), dissension, concord and hypocrisy, blessings and trials (cheerful acceptance of misfortune, and being grateful for blessings), inner knowledge (Ma’rifa),  love, the beloved, and what is required in respect of both, death without life and life without death, struggle with the self and description of its nature, gratitude and acknowledgment of shortcomings, seeker and the sought. Thus, the book sheds light on the multi-layered essence of Islamic spirituality (Tasawwuf).

Muslim clerics and Imams should unveil the faces of extremists in the Friday sermons: Syed Muhammad Ashraf Kichhouchhwi 0