In Our effort to ban Zakir Naik and his extremist Wahabi Promotion in India we request everyone to please Sign this Online Petition against him. There is a strong support on Social Media for Zakir Naik. We also have to show our concern and Protest against him. All India Ulama and Mashaikh Board strongly request to sign this Petition from the below Link.

You can also share it on Social Media for further sharing. 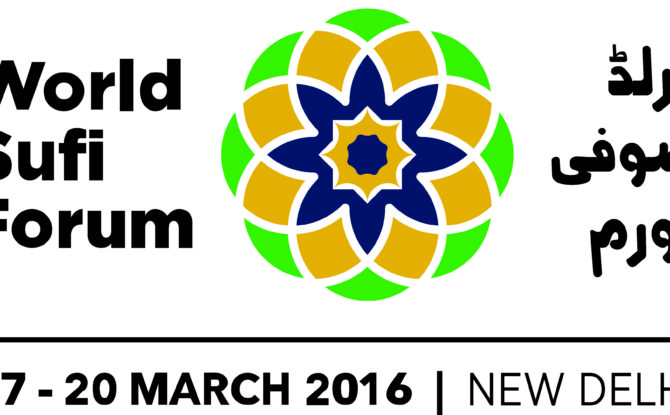 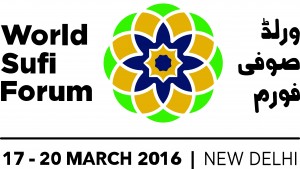 Honorable Heads of the State, Spiritual Luminaries, Distinguished Scholars & all Citizens of India!

The World Sufi Forum, which is an unparalleled historical event in the independent India, invited peace-loving Sufi divines, Ulama, thinkers, heads of states and legal experts in its four day-long mega Sufi event.

This is the first occasion in Indian history where around 150 Shrines and Madarsas and over hundred of respected leaders from Universities, media houses and journalism are came all together.

The All India Ulama & Mashaikh Board deeply feels proud to thank all its representatives because we are successfully concluding this historical event ushering in a new era of peace, humanity, love and spirituality. We are deeply grateful to Allah for the peaceful accomplishment of this global event.

Going by history, this is an eternal fact that Islam in India owes much of its existence to Sufi Mashaikh, Saints and Dervishes. In the 13th century, Khuwaja Ghareeb Nawaz came to India and his arrival in India is regarded a great milestone in the path of love, equality, spirituality and peaceful Dawah work.

Hazrat Khuwaja Ghareeb Nawaz (r.a) pioneered the composite culture in India which still remains well-spirited, widely accepted and appreciated by the Indian majority. After Khuwaja Ghareeb Nawaz, Khuwaja Qutbuddin Bhaktiyar Kaki, Baba Farid, Khwaja Nizamuddin Auliya, Makhdum Sayed Ashraf Jahangir Simnani and Ameer Khusro took this cause of peace ahead. They devotedly taught and promoted love, peace, Sufism and spirituality. However, the reality that the shrines of these saints are still attracting people from all community regardless of their religions and sects even after 800 years, and even in the current situation of hatred and malice, is self-evident. More and more people are constantly endowed with blessings of Sufi inspiration and spirituality.

In the backdrop of this, Sufi World Forum declares that evils of terrorism and extremism and of materialism and opportunism can only be wiped out from the world through the restoration of Sufism, propagation of its peaceful massage of humanity and complete cessation of extremist thoughts and hardcore philosophies.

With the commencement of the 19th century, many new-born anti-Sufism movements and efforts began to defame Sufis, thus giving rise to extremism among people. On the pretext of Qur’an and Islam, the ideology of Kharjiites which basically emerged in the time of Hazrat Ali (r.a), was propagated among people. In this duration, Sufi Ulama and Mashaikh remained confined to their conclaves in the shrines and hospices. As a result, particular fractions of people started adopting extremism, hatred, takfirism and killing. Today, this is playing havoc in Muslim world and Middle East in particular.

There is no denying the fact that the Muslims have been reduced to this situation due to external factors. We, however, need to understand that our only responsibility as the followers of Sufism is not just to spread peace within us but also try to transform the world into an abode of peace. We, thus, declare with all Sufis and Sufi Shrines that we will participate in all movements and efforts of peace.

The Most Gracious and the Most Compassionate Allah sent Prophet Mohammad (peace and blessings of Allah be upon him) as “mercy to all”. The Prophet (saw) always made treaties of peace with other nations. Inspired by the Prophetic ideals, we have to come forward and restore the peaceful Sunnah and Seerah (noble life and character) of the Prophet, peace and blessings of Allah be upon him. Thus, we earnestly appeal to all Muslim youth to embrace the conduct of love and humanity taught by Prophet Mohammad PBUH. They should walk in the footsteps of Sufis as well.

According to Hazrat Khwaja Gharib Nawaz, “our actions should reflect generosity abundantly like rain and humility like soil”. Muslim youth should not to be misguided by anybody. We are pained to see that through attractive recitation of Qur’an, Muslim youths are being distanced from it. So they need to understand this conspiracy.

Islam does not allow incitement to rebellion, suppression, defiance, rebellion, commotion and disturbance on the earth at any cost. Prophet PBUH says: “extremists and transgressors are doomed and destructed”. Those who indulged in this kind of attempts ended up with destruction and thus tarnished the image of Islam. Muslim youth should not forget the fact that an overwhelming majority of the world loves Sufism and Sufis even today. It is only a fraction of extremists and anti-Sufis which is shattering peace in every nook and corner of the world. We, therefore, need to come out of our deep slumber so as to disconcert their efforts and make the representation of Muslims possible on political, social, educational and humanitarian front.

All India Ulama & Mashaikh Board was established in 2005. From that time onwards, this board has been working on propagation of Sufi based on love, equality and establishing peace and nonviolent, representation of Muslims.

“World Sufi Forum” is the first biggest event ever conducted by the All India Ulama & Mashaikh board. The board extends its deepest love to the fellow Indians and makes sincere appeal to Indians regarding all religions and faiths in India that we want to spread and publicize love and disappoint those creating revulsion and mayhem among Indians. Only our collective efforts can make this land of saints and dervish paradise of peace.

Now the integrity of nation, its people and of religions and their followers lies in strengthening the messages of humanity, keeping the tradition of composite culture alive, strengthening democracy and national integration along with other universal values of love and unity. If we achieve any breakthrough in preventing extremism, radicalism, sectarianism and fanatical and sectarian takfiri narratives, we may not only serve Islam and Muslims but also the nation and the world like.

On the occasion of this highly unprecedented international conference where representatives of Sufism from around the world are present, we request the government and all the Indian brethren to stand united against sectarianism and terrorism. Only then this beloved country can be saved from these devastating menaces. Sectarianism and terrorism that are the different sides of same coin have nothing to do with the Sufism. The World Sufi Forum strongly condemns every form of sectarianism and terrorism for the sake of safety and equality in India.

All India Ulama & Mashaikh Board appeals to the Indian establishment under the banner of “World Sufi Forum” that:

In conclusion, the WSF reiterates the provisions of this declaration and pledges to protect and support humanity, love, Islamic tolerance, pluralistic culture, democratic values and development of the Indian multicultural society. The All India Ulama & Mashaikh Board [AIUMB] extends deepest thanks and gratitude to all the participants including global Sufi representatives, administrative personnel, Sajjadgan, Ulama and clerics and last but not the least, common masses who build the base of our nation and community.