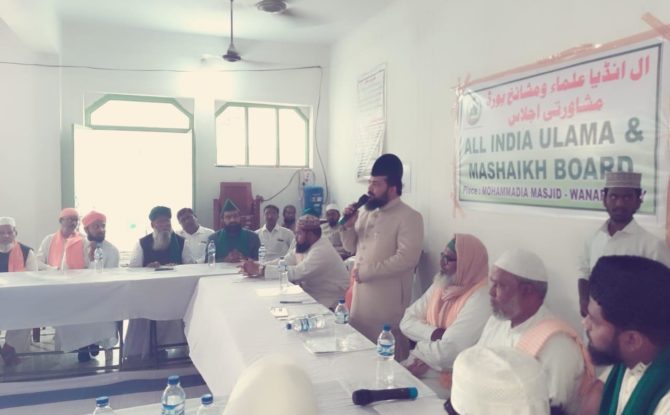 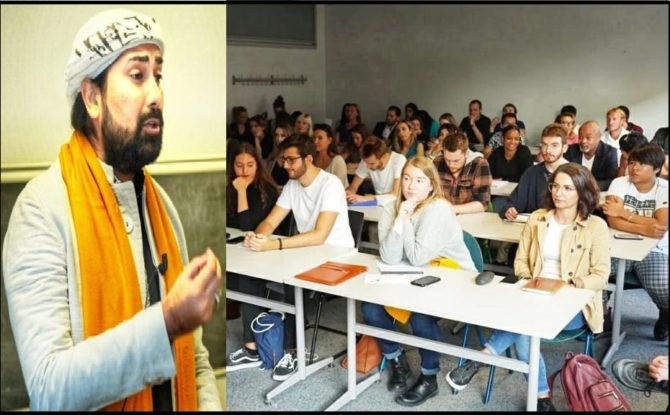 Geneva (20 September, 2019)
Friday evening in a lecture room at the University of Geneva, a crowd of students and interested community members welcomed Haji Syed Salman Chishty, Joint Secretary at All India Ulama & Mashaikh Board (An apex body of Sunni Sufi Muslims in India) and the 26th Generation, the hereditary custodian and key holder of the renowned Dargah Ajmer Sharif Sufi shrine. The shrine, located in Rajasthan state’s city of Ajmer, is esteemed by devotees from many communities as it is the burial place of the revered Sufi said Moinuddin Chishti who was known for his charisma and compassion as a spiritual preacher and teacher. 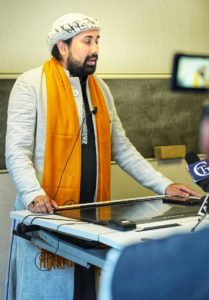 At topic was the current situation in Jammu and Kashmir (J&K), which has been ever-present on the new scene since the beginning of August this year, when Prime Minister of India Narendra Modi approved the revocation of Article 370 in Parliament. That constitutional provision had given Kashmir a special status but ironically also restricted the social and economic. Haji Syed Salman Chishti began the discussion with a declaration of peace over the gathered crowd.

He then heralded the rich, spiritual history of J&K, specifically detailing how closely intertwined it is with the upbringing he enjoyed in his own hometown. Speaking on Kashmir, he referred to the land as one “known for its wisdom, respect for humanity, and commitment to upholding the highest principles of human family and human rights.”

Prior to colonial times, there was no “consciousness of ‘us’ and ‘them,’” he said, referring to the unrest currently impacting anyone who lives in or has ties to Kashmir. Before, inclusivity was the norm and reflected what he called the “composite culture of the people living across multiple regions of India.” But today, he went on, “Extremist ideology [has been used] as part of enhancing and extending the proxy disturbances” of Pakistan’s “cross-border terrorism” in Kashmir. 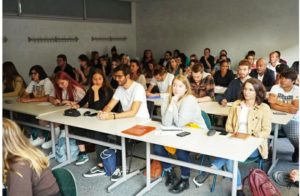 That is why, according toChishty, “On the 5th of August, the government of India went ahead and made a very bold decision to take away a temporary provision known as Article 370, which had given a sense only of superficial security [to Kashmir]. The stipulation was only provisional, according to the esteemed guest, and was meant to be short-lived.

Going forward, Haji Syed Salman Chishty expressed a wish for dialogue to continue. The youth in particular, he emphasized, should be integral actors in discussions, negotiations, and peace movements as they are the ones who will lead future generations in Kashmir and beyond. “These voices will not only be heard across India,” he declared, “but they will make a mark globally.”

He further expressed that Openness, integration, and newfound opportunities that could not previously be reached because of the forces of hate, fear, and division have become attainable with the revocation of Article 370. It is the duty of every Indian to stand together with each Kashmiri. In his words, “India is a land where everyone can not only see but experience freedom of religious expression; the constitution of India gives this right.” 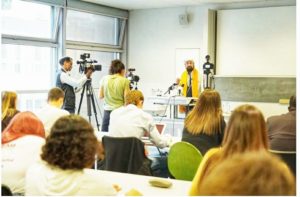 Closing the conference, he recited the words to a well-known saying from Mughal Emperor Jehangir when he visited Kashmir in the 17th century: “Gar firdaus bar-rue zamin ast, hammin asto, hamin ast.” 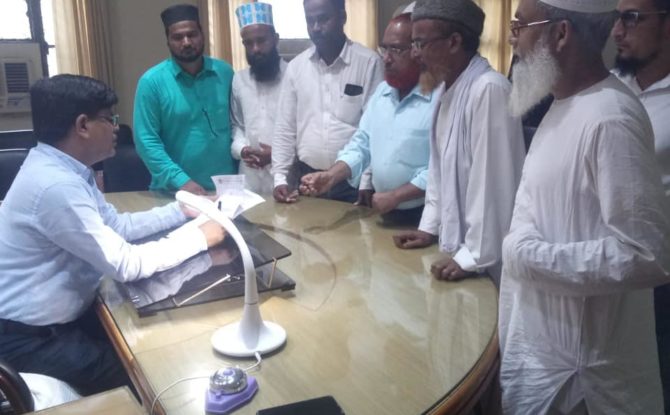 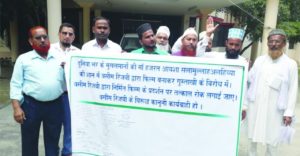 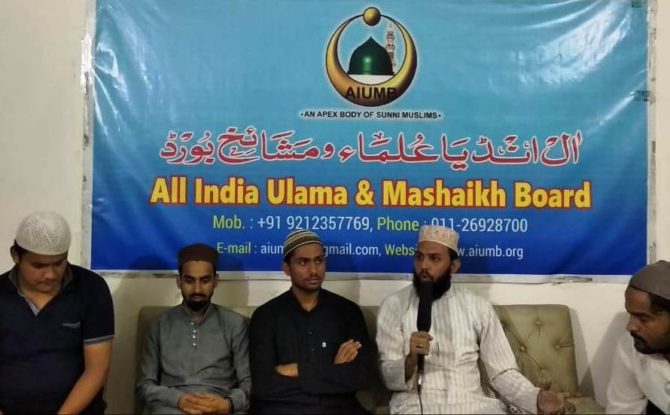 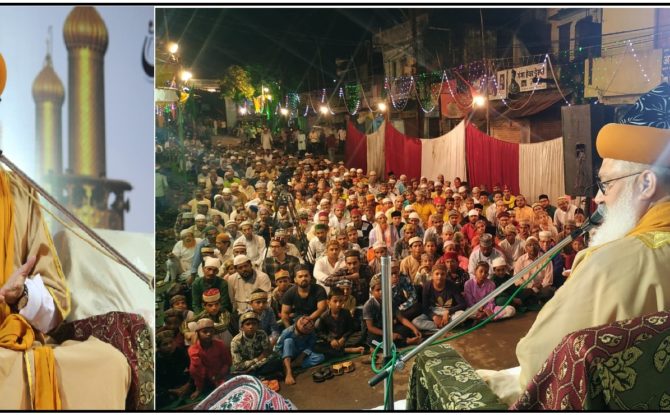 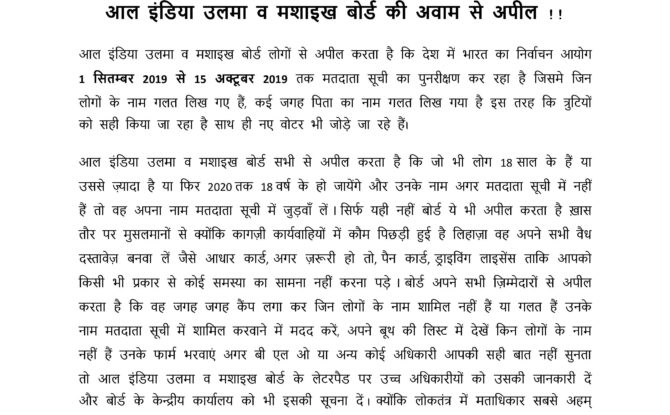 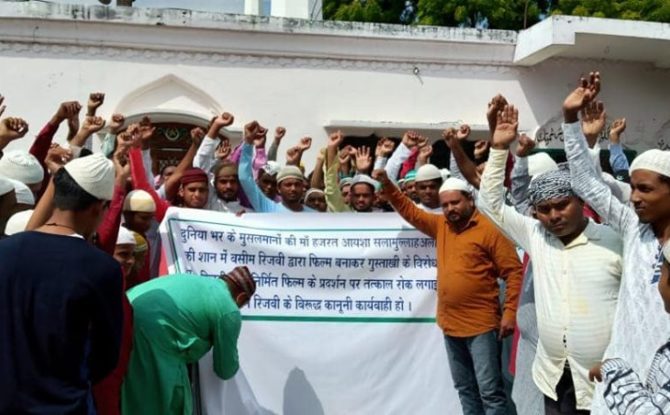